Back with a new game - Little Fish

I've been away from the world of Android Games for a little while, but I do have a couple of good excuses:


What I have been doing over the past few months (as and when I found a few spare hours here and there) is working on a sort of 'white label' app built on top of LibGdx. It includes a lot of the dull and boring to implement stuff that I end up doing over an over again, highscores, user preferences, ads, facebook integration, google play game services integration, splash screen, etc. In theory I will be able to use this as a quick start platform to speed up the game production process in future. I don't currently have plans to open source this as it's a bit too closely tied to my own stuff, and decoupling would take valuable time that could be better spent making games, but maybe sometime in the future it'll be an option.

I'm hoping that this quick start platform will allow me to continue making Android Games even after baby has arrived. The recent success of Flappy Bird proves that a game doesn't have to be sophisticated to become a runaway success. At its core it's a simple game (basically a reskinned helicopter game), with simple graphics. I'm sure the developer wouldn't mind me saying a similar game could be built in a single weekend, especially when leveraging a quick start platform. I've had some success in the past with my Racing Game and Quack Attack that proves the same point, simple/fun/addictive beats complicated/polished/boring. So, in future I can focus more on game mechanics and less on the surrounding app furniture, this can only be a good thing :)

I've just published my first game that makes use of the white label quick start sausage machine (catchy name) "Little Fish". The gameplay is pretty simple - you control a little fish that eats smaller fish. Bigger fish will eat your little fish, so avoid them! There's the added complication of poison fish that you must avoid at all costs (even if they're tiny). Once you've eaten enough little fishies (empty hunger meter), you progress to the next level where you'll be a bit bigger. Of course the screen is no bigger, so dodging the predators will get harder the more you progress! Simple game, but fun and addictive :) 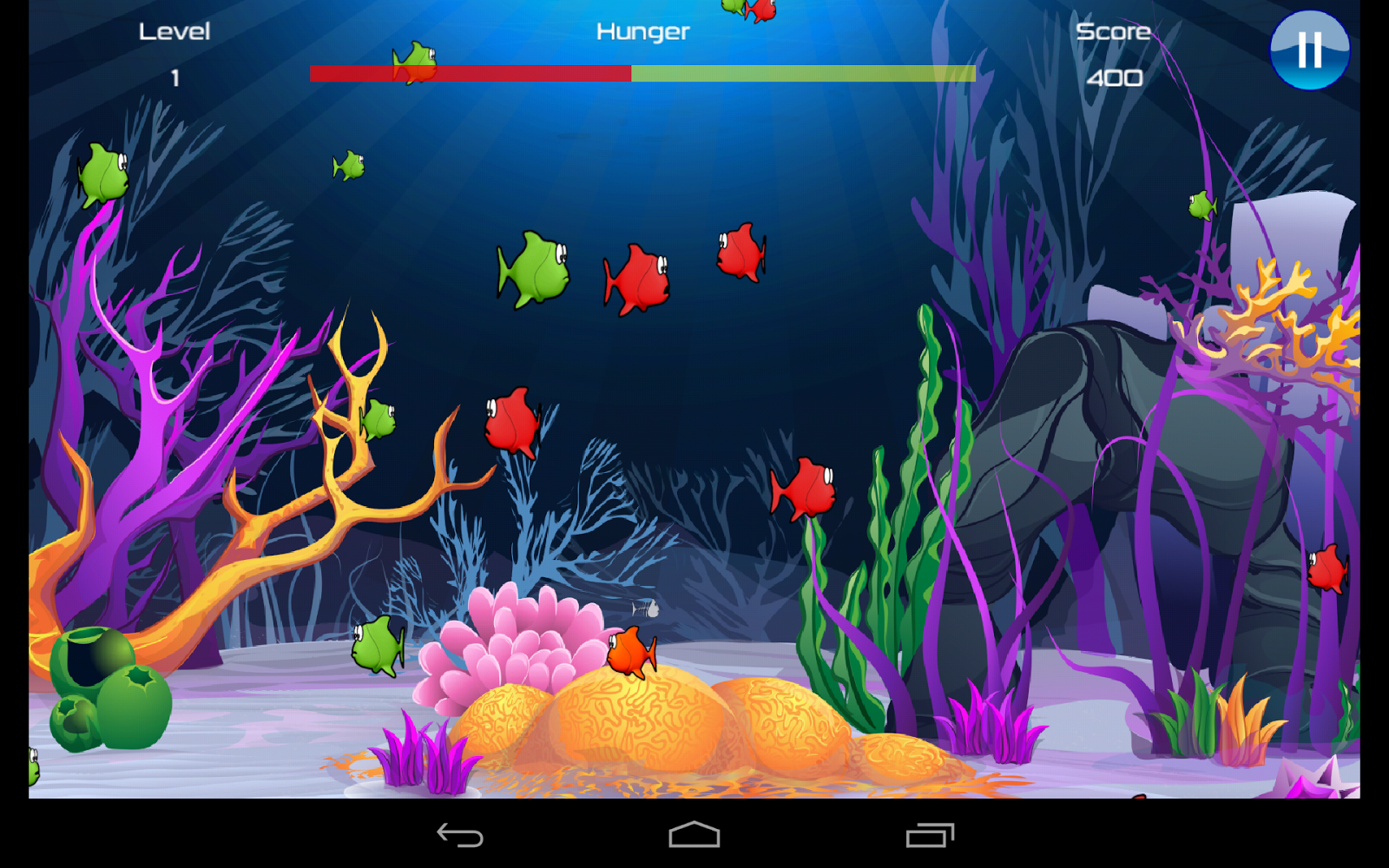 I've added a couple of new features to Little Fish too. First there's a kids mode, there are no gameovers in this mode (unless you choose to quit) the tradeoff being no global leaderboard score submission. I've seen lots of little children want to play mobile and tablet games recently, but when they are very small it can be frustrating losing quickly, the kids mode will help keep them happy and occupied for longer. It can also double as a training mode, once the child has mastered the more forgiving kids mode, they can try the more challenging normal mode! The other new feature is extended controller support. Not only can you choose to control the Little Fish by touch or tilt, you can also use the dpad of an xperia play (and hopefully any other android device that has a control pad) or a HID compliant external controller. The guys over at Moga recently sent me some awesome free stuff, and it was an absolute breeze to get Little Fish working with the Moga in HID mode. When I've had time to play with the Moga SDK properly I expect I'll write a blog post dedicated to that.


I hope you'll check out Little Fish and of course all my other games. As always, I hope you have fun!
Posted by TheInvader360 at 08:18 No comments: